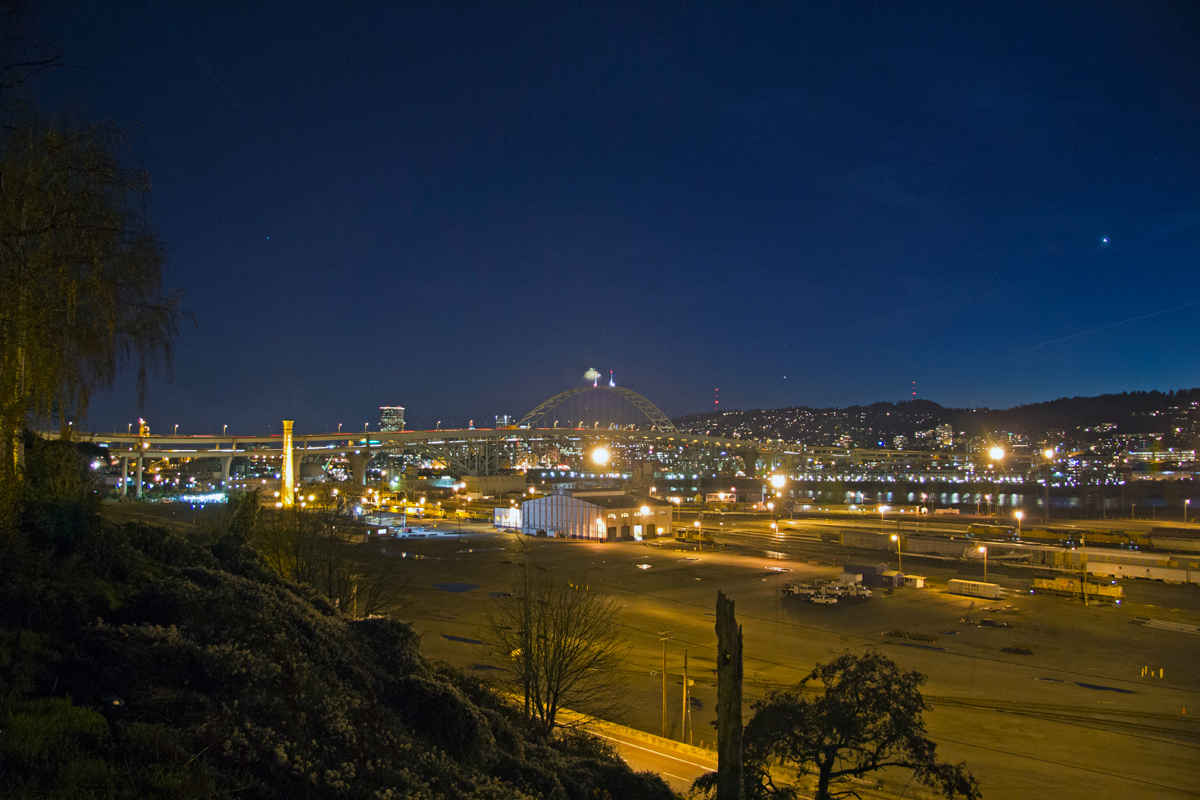 I am a train enthusiast, also known as a “railfan.” AKA a “foamer,” because we foam from our mouths when we see a locomotive or hear a train horn. (In British English, a foamer is known as an “anorak,” a reference to the drab raincoats that railway enthusiasts wear while spending their lives at the end of station platforms.)

About six months ago I was in Portland, Oregon, on the first leg of a cross-country train trip that would take my girlfriend and I from Portland, to Seattle, and eventually back to Philadelphia (with brief stops in Chicago and Pittsburgh) via Amtrak. I was excited to see the railroad scene in Portland, with its large freight yards and frequent traffic. (Here in Philadelphia there are not many trains to see.) Of course I brought my camera. My main objective was to get a timelapse of the sun setting over the Union Pacific Albinas yard from the Overlook Park area of the city on the East side of the Willamette River. I had some camera problems with my timelapse on the first night, which opens this video. The next day I rented a bike from my hotel and traversed the city from East Burnside south through the Ladd’s Rose Gardens neighborhood down to the Union Pacific Brooklyn Yard in the southeast. From there I crossed the river into downtown and biked all the way north along Front Avenue past the Guild’s Lake Yard owned by the Burlington Northern Santa Fe Railway (BNSF). At the end of this route I saw a BNSF crew flat-switching some cars. As you can tell by the length of video dedicated to it, I was definitely foaming while watching a conductor split a moving train up into individual cars, sending them down one track or another, propelled by their own inertia. This was my first time seeing flat-swiching; it’s something I just don’t see at home.

The next morning I was up before dawn to try and get back to Overlook Park’s Mock’s Crest property to try and set up a timelapse of the Albinas Yard and Willamette River again. Unfortunately there was not much action down in the yard, but sun rising over the city looks pretty cool.

So I used nerding out over trains as a way to motivate myself to travel all over a city I was visiting.