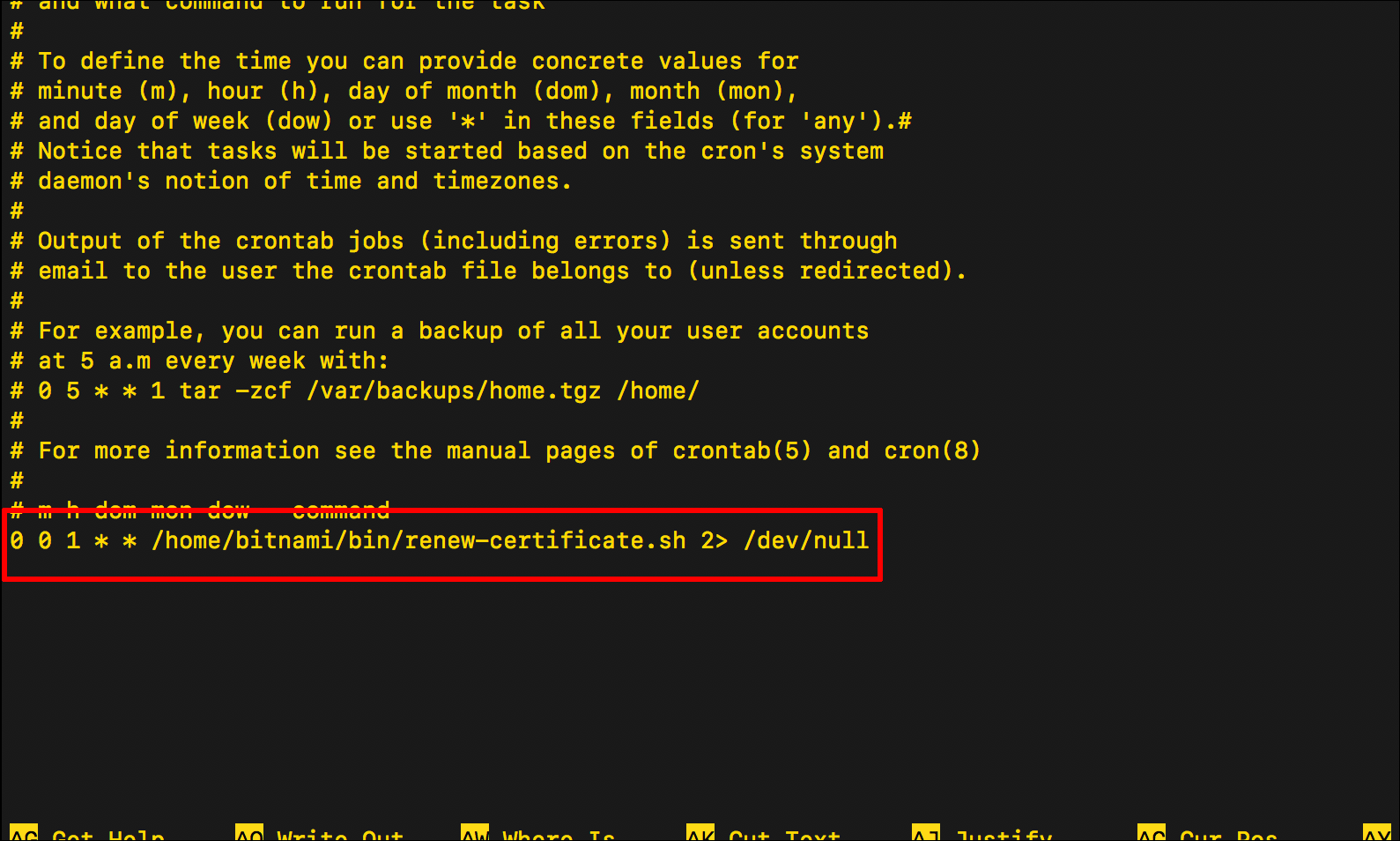 This article was originally created in December 2018 and completely updated in June 2019. I will not be updating it going forward.

Although the instructions remain valid, if you are using the WordPress Certified by Bitnami and Automattic Amazon Machine Image to create an EC2 instance to host a WordPress site, Bitnami has more recently integrated its own Let’s Encrypt certificate client into the Bitnami Helper Tool, which you can read more about in WordPress on Amazon EC2: Connect to an Instance via SSH.

This is part of my Introduction to Installing Let’s Encrypt Certificates for WordPress on Amazon Web Services (AWS) tutorial.

Unfortunately, when I tried this, it didn’t actually work for me. So the steps below provide a description of the symptom, along with my workaround.

As I have previously said, this series of three tutorials on using Let’s Encrypt certificates with AWS EC2 Instances created by Bitnami to run WordPress is based on Bitnami’s own documentation. I originally wrote this article using Bitnami’s instructions, but I found that it did not actually complete the automation task.

The steps I originally followed didn’t generate any errors or break my website or anything like that, but when I checked back after the first day of the month, I would find that my certificate had not been renewed. Either the cron job had not run or the bash script didn’t renew the certificate the way it was supposed to. I spent a lot of time researching the problem and never found an answer. Google searches led me to multiple threads in Bitnami’s Community forums where users were experiencing identical or very similar issues, but I never found an answer.

Solution: Place the bash script in a directory not owned by root

Several months later, I looked at the Bitnami documentation again, and it looks like it has been updated to put the bash script in /opt/bitnami/letsencrypt/scripts/renew-certificate.sh, which is similar to what I did below. But when I check the ownership of the /opt/bitnami/letsencrypt/scripts/ directory, it also seems to be owned by root, so I am going to stick with my workaround for now.

Reviewing this several months later, there is another possible reason that my certificate was not renewing: by using the same Bitnami documentation that everybody else was, suggesting that you renew at midnight on the first of every month, there may have been too many bash scripts out there trying to renew Let’s Encrypt certificates with the Lego client, all at the same time. It seems unlikely, but I when I changed the time of day and day of the month that the script executed to a more random value – anything other than midnight GMT on the first of the month – my certificates renewed more consistently.

In this example I am automating the renewal of a Let’s Encrypt SSL/TLS certificate on a LAMP-stack virtual server (in this case an EC2 instance from Amazon Web Services) over Secure Shell (SSH) using the command line. I am using the macOS Terminal, which is Unix-based, but the commands will be the same regardless of what command-line interface you are using. I am also using the Cyberduck FTP client, but any FTP client should work.