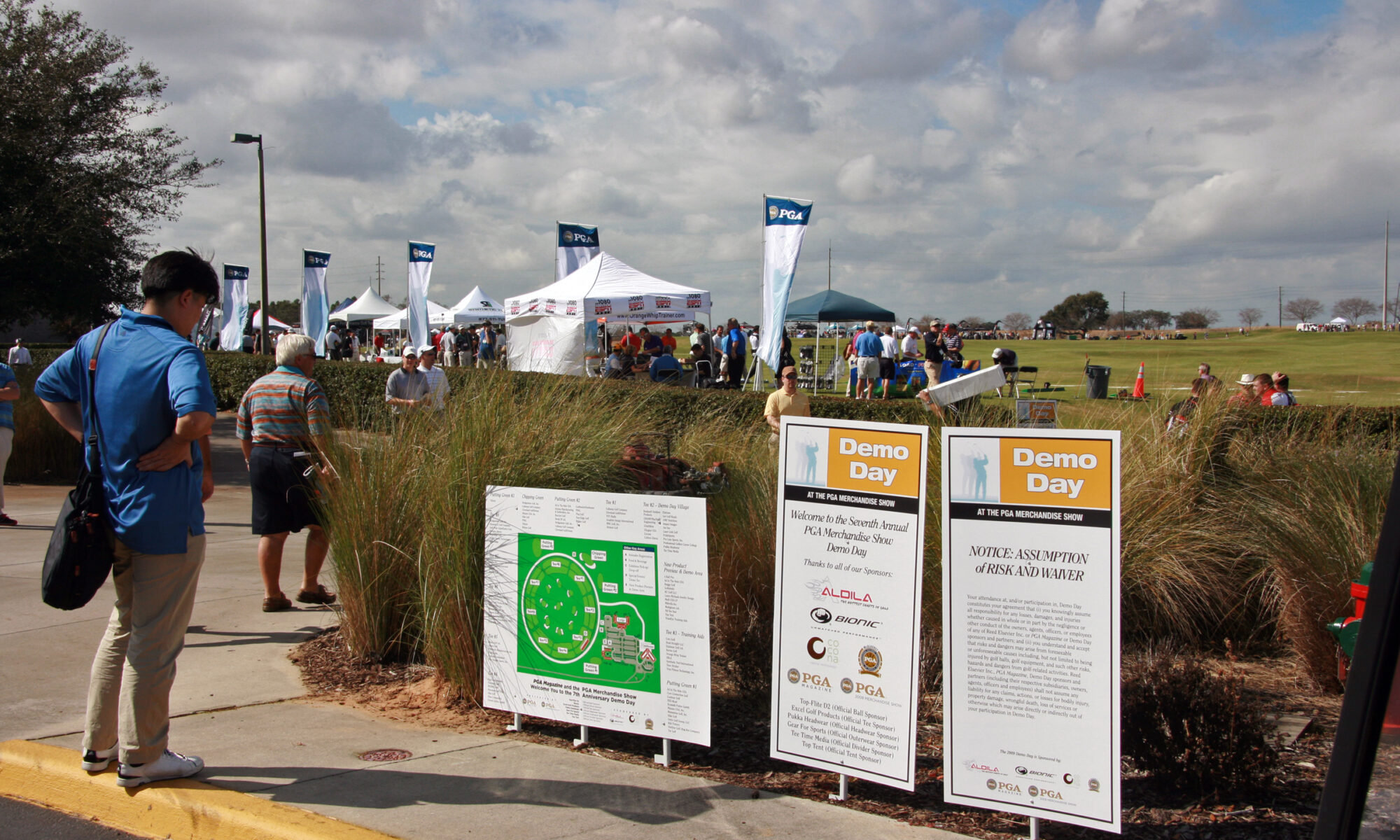 Perhaps the most popular event of the week was Demo Day at the PGA Merchandise Show, which PGA Magazine helped to create and partnered with Reed each year to plan, sell, and execute. Over the years, my involvement with Demo Day grew to the point where I was my company’s primary manager for Demo Day, liaising with Reed Exhibitions, Orange County National (the host facility), sponsors, client companies, printers, and others to guarantee the event’s success. Responsibilities included:

Once we got to Florida, my colleagues and I participated in setting up all of the signs (there were about 100 new signs every year), setting up tents, placing and assembling flagpoles, and more. It’s very windy in Florida, so everything needs to be secured with tent stakes, sandbags, water-filled bases, and more. On the Wednesday of Demo Day my colleagues and I would arrive by 4:30 a.m. to put the finishing touches on the event before attendees began showing up at 9:00 a.m. I never stayed to see an entire Demo Day because I needed to head back to the convention center to set up my employer’s other show presence for when the PGA Merchandise Show opened the next day. You can read about that work here.